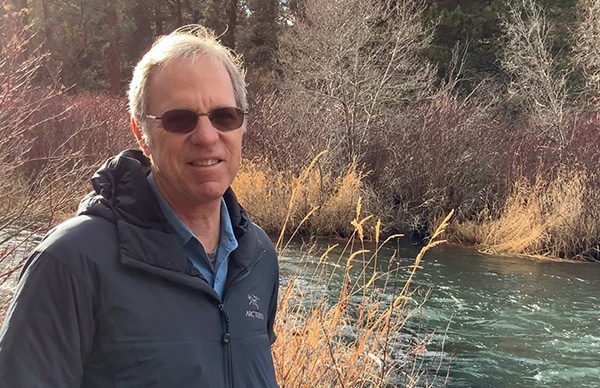 The Deschutes River Conservancy’s long-term Executive Director, Tod Heisler is leaving the organization in December. After 15 years leading the Conservancy, Tod is moving on to explore new opportunities in Central Oregon conservation work.

Tod’s tenure at the DRC has defined a pivotal time for the organization. Moving to Bend from a DC-based position at Conservation International, Tod saw a need for his skills in organizational development, strategic planning, and fundraising for the then young Deschutes River Conservancy.

“When I started, the organization had a bit of a shot-gun approach to restoration work,” Tod said. “They were experimenting with water leasing and conserved water programs and I saw a tremendous opportunity for growth.”

Over the past 15 years, Tod has provided strategic leadership and vision in the development and enhancement of key programs and partnerships for the DRC.

“The course of history for Central Oregon’s streams and rivers has really changed now that the DRC has achieved significant streamflow restoration in the Deschutes Basin,” said Kate Fitzpatrick, DRC Program Director.

In addition, Tod has helped develop partnerships that have increased the DRC’s impact in the Basin. One such example is the Deschutes Partnership which brings together complementary efforts to enhance the watershed ecological outcomes through streamflow and habitat restoration and land preservation.

“Tod leaves the Deschutes River Conservancy in a very strong position for future growth and we sincerely thank him for his contributions and leadership during his tenure as Executive Director,” said Bobby Brunoe, DRC Board Chair.

Looking to the future, the DRC will welcome its new Executive Director in early January 2019. Ron Nelson was a founding DRC board member, as well as a founding member of the Oregon Water Trust, now The Freshwater Trust. A longtime progressive leader and innovator in the water conservation and irrigation sector, Ron is returning to Central Oregon from California where he managed an irrigation district system that included hydroelectric projects, parks, as well as domestic water distribution systems. He also served on the Oregon Water Resources Commission helping guide statewide water policy and management.

About the Deschutes River Conservancy
Since 1996, the Deschutes River Conservancy (DRC) has been dedicated to restoring streamflow and improving water quality in the Deschutes River Basin. The DRC specializes in programs and projects that employ voluntary, market-based incentives to restore flows. The DRC is non-litigious and serves as leaders and facilitators of basin-wide water management conversations. The board is comprised of key private and public stakeholders in the basin. The organization has worked with eight irrigation districts and over 200 landowners to restore over 250 cubic feet per second of streamflow to the basin’s rivers and streams.