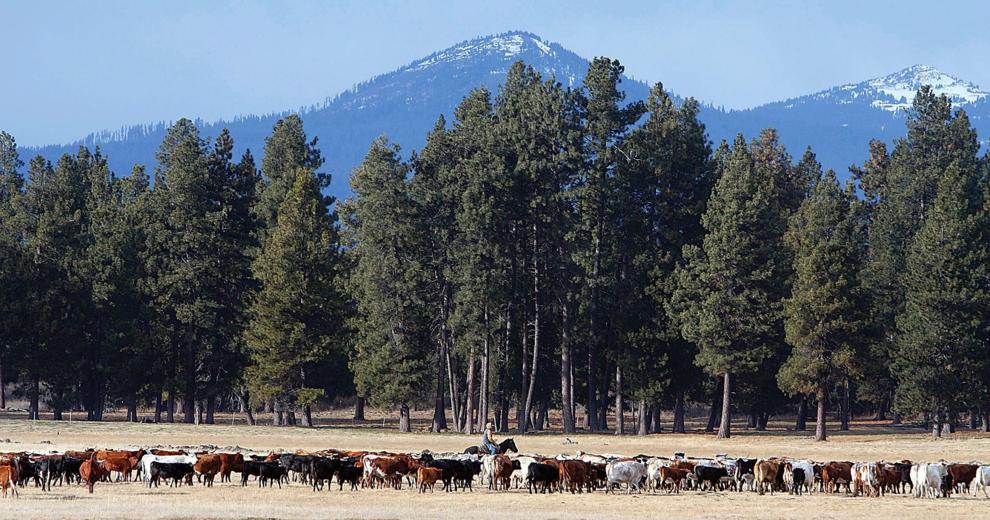 A Klamath County ranch is seeking $1.5 million from the state of Oregon, alleging regulators have effectively seized its irrigation water supply without paying just compensation.

The Sprague River Cattle Co. has filed a lawsuit arguing that its water rights would normally be worth $1.5 million but the “value has been entirely destroyed” by flow restrictions that render them “no longer marketable.”

According to the complaint, the ranch property was originally part of the Klamath Indian Reservation, which was established in 1864, setting the priority date for the water rights.

Under Western water law’s “first in time, first in right” prior appropriations doctrine, farmers and ranchers with older water rights can preserve their water supplies by requesting that junior irrigators be “regulated off.”

The lawsuit says the ranch’s 370 acres were owned by a tribal member who sold the land in 1962, roughly a decade before the reservation was ultimately terminated.

The property changed hands several times until 2011, when it and the attached water rights were bought by the Sprague River Cattle Co.

The state Water Resources Department affirmed the 1864 priority date and the ranch’s right to divert 9.4 cubic feet of water per second between March and November, enough to irrigate the property at a depth of 3 feet per acre a year, according to the lawsuit.

As part of the adjudication of water rights in the Klamath Basin, the water resources department in 2014 established that the Klamath Tribe holds the most senior “time immemorial” water rights.

The department determined that certain levels of flow are necessary to protect fish habitat under the tribal water rights in the Williamson River.

Since actual flows often fall below those protected levels, the ranch is effectively prevented from exercising its water right throughout much of the year, the complaint said.

“Although the river flow may exceed the Tribal Rights during some spring months in some years, as a practical matter, plaintiff must have an adequate supply of water throughout the irrigation season to make effective agricultural use of their property,” the lawsuit states.

The ranch has since been “regulated off” every year, generally shutting down irrigation “earlier and earlier” each season, which is likely to continue for the foreseeable future, the complaint said. As a result, the property has been deprived of its economic use.

“The impact upon plaintiff’s water rights is functionally equivalent to defendants’ pursuing a case to seize them ever year by the exercise of eminent domain power,” the lawsuit said.

While the ranch’s carrying capacity was previously 200 head of cattle, it’s now only able to sustain 50 head due to the lack of irrigation, which doesn’t justify the overhead costs involved in raising livestock, the complaint said.

“In this action, Plaintiff does not challenge the creation of the Tribal Rights or the enforcement actions taken pursuant to them, but merely seeks declaratory relief establishing that the unique circumstances of creation of these rights creates an entitlement to just compensation under the United States and Oregon Constitutions,” according to the lawsuit.

The lawsuit accuses the water resources department of unconstitutionally taking private property without just compensation and violating the ranch’s due process rights. In addition to the $1.5 million in financial damages, the ranch seeks an award of its legal costs.

A representative of the department said the agency is unable to comment on the case because the litigation is ongoing.

Attorneys for the agency want to transfer the case to federal court, because the “constitutional claims” have raised “federal questions.”